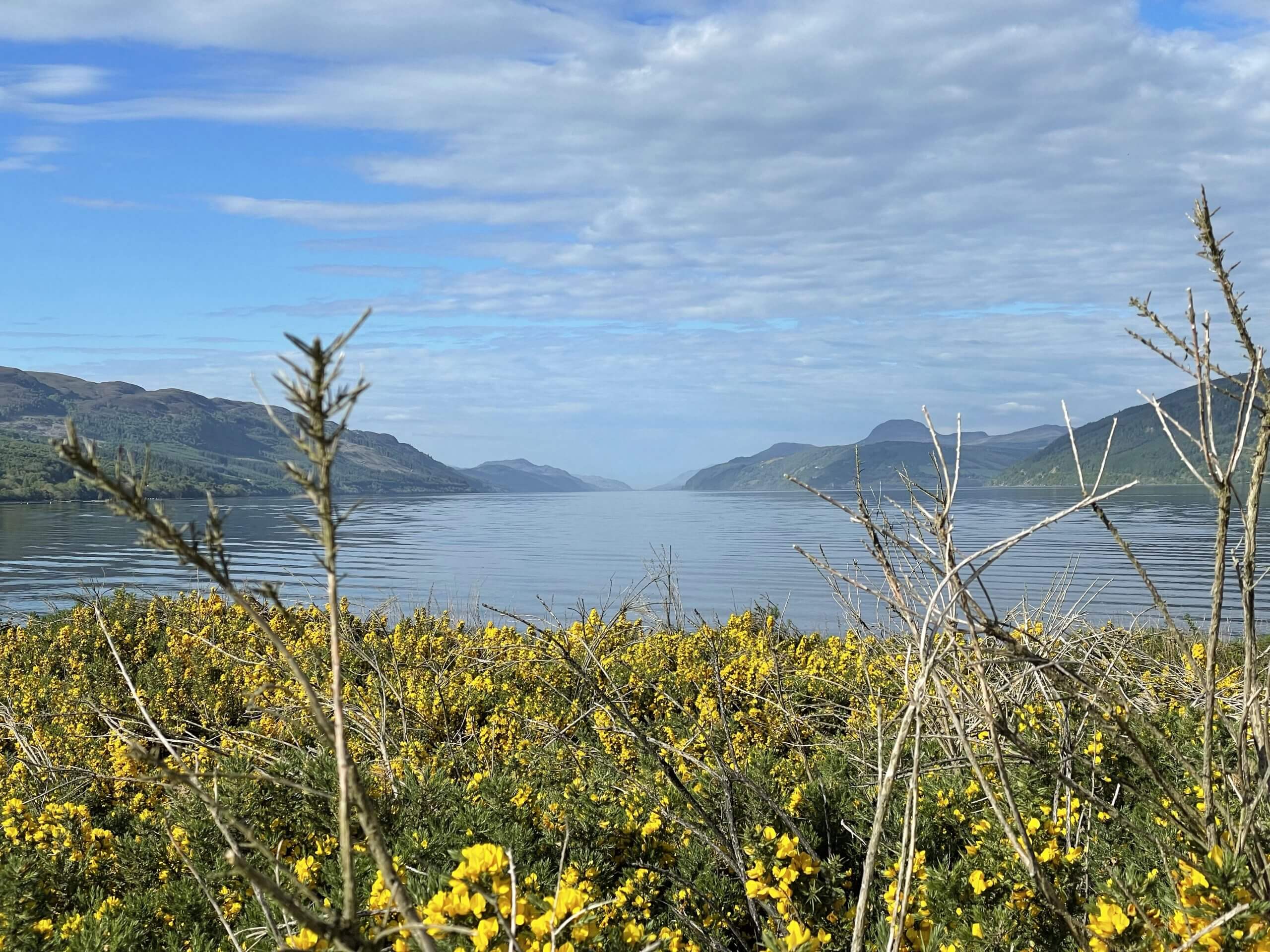 Dores is a stony beach at the eastern end of Loch Ness, situated just 10 miles from the centre of Inverness in the Highlands of Scotland.

Loch Ness is a freshwater loch, stretching for 23 miles. Loch Ness is the second largest loch in Scotland, behind Loch Lomond. It is also the second deepest loch. Combined, this length and depth make Loch Ness the largest freshwater water body, by volume, in the British Isles.

The water is rather dark and murky due to a high peat content. It is without doubt my favourite place to kayak.

There are various locations around Dores Beach that are suitable for wild camping, either on the loch side (beware of the wind blowing down the loch) or further up the dirt track into the woodlands.

Open fires are no longer permitted at Loch Ness due to several unfortunate & dangerous incidents with disposable barbecues. The area is surrounded by flammable gorse.

There are toilet facilities outside The Dores Inn, although the toilets are only open when the pub itself is. There is also an outside tap for water. The Dores Inn is right on the banks of Loch Ness, an excellent place for a leisurely lunch and a couple of pints.

If camping, do not park in the Dores Inn car park, it is locked overnight , until noon, and remains locked on a Monday & Tuesday all day as the pub is shut. There is plenty of parking available in the area, however.