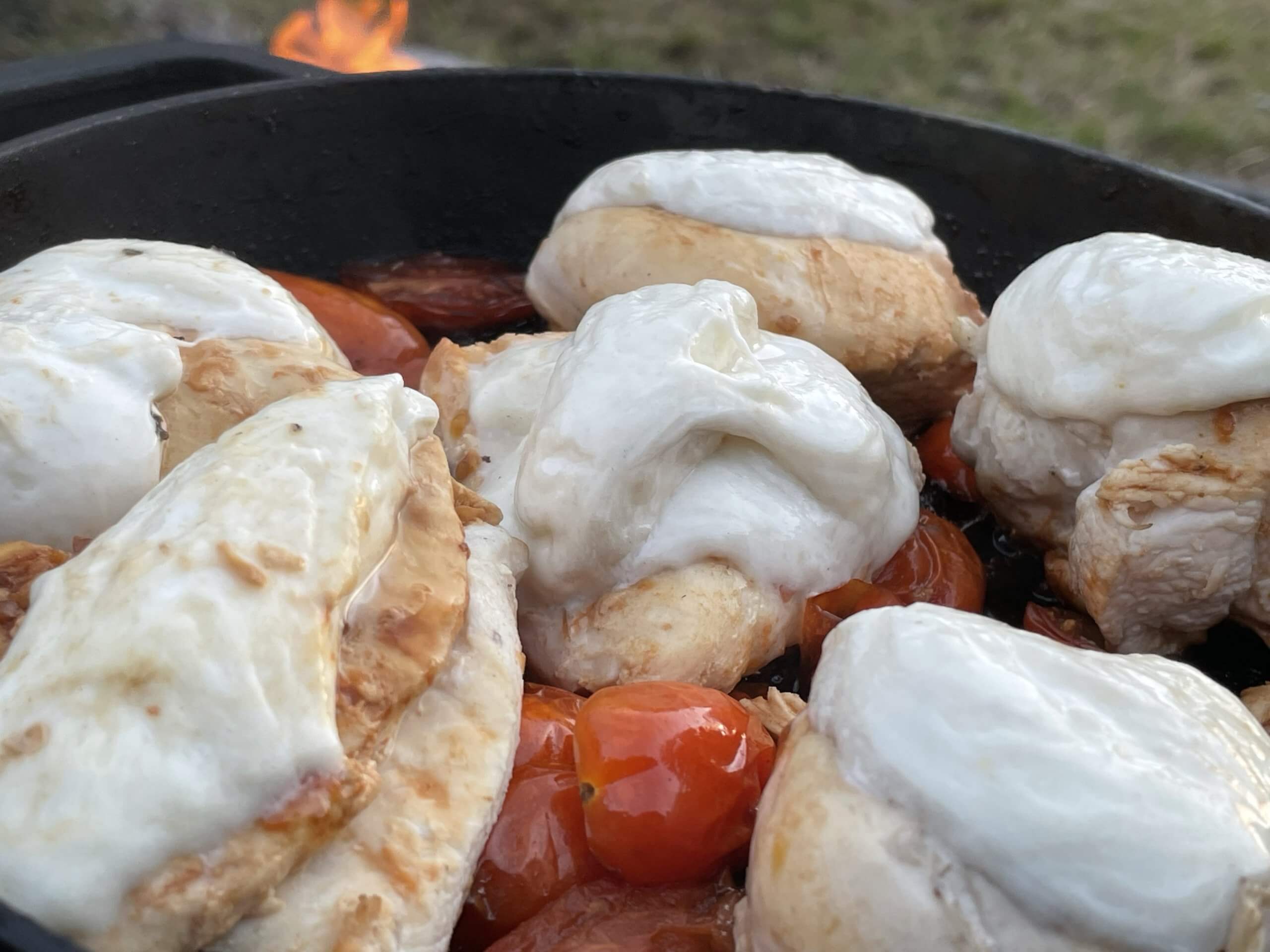 Much like most of my camping meals, this Dutch Oven Caprese Chicken recipe packs more flavour than you’d expect, out of a very small number of ingredients. It really is gourmet campfire cooking at its most simple.

A lot of the camping recipes I use have been modified to make them easier when cooking outdoors, this one hasn’t. Caprese Chicken is already perfect for cooking over a campfire either in the lid of a Dutch Oven or in a cast iron skillet. It would also work well in a Trangia stove.

In fact, this recipe lends itself so well to camping that I’ve never actually made Chicken Caprese indoors! It wouldn’t, to me, be as good when cooked in a regular oven!

If you have never used a Dutch Oven before, they are basically big, heavy cast iron pots with legs. Dutch Ovens can be suspended over a fire on a tripod or placed directly into the hot coals.

To replicate a regular oven, hot coals are placed on top of the Dutch Oven. This is especially useful when melting cheese on a campfire.

I tend to make Caprese Chicken in the shallow lid of an aluminium Dutch Oven. You can cook it either directly in the coals or on a campfire grill.

I use an aluminium Dutch Oven as the acid from the balsamic vinegar and tomatoes will strip the oil seasoning from a cast iron Dutch Oven. You can still use a cast iron one, you’ll just have to re-season it after use.