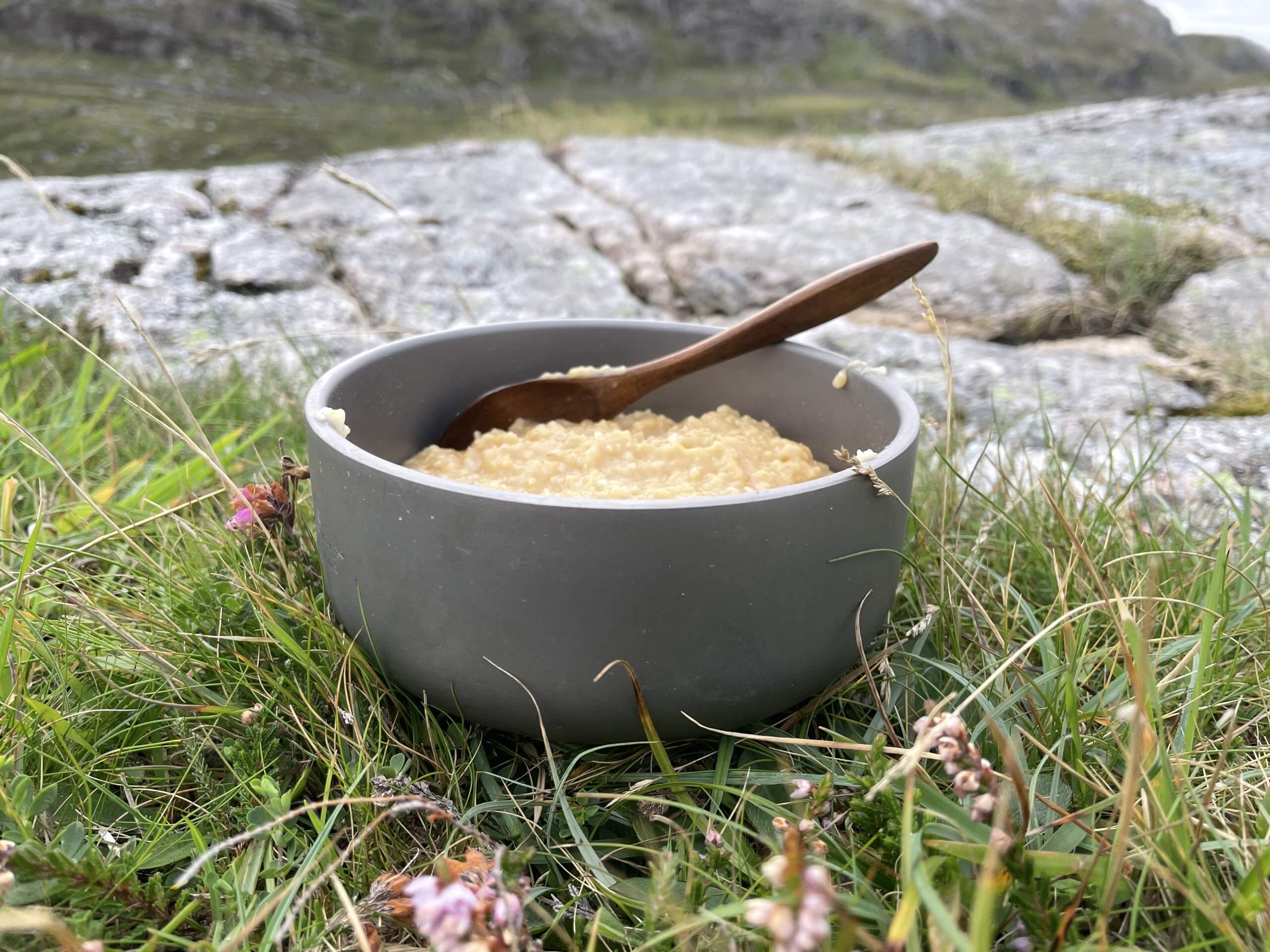 This marmite porridge recipe makes for a rather unorthodox breakfast but 50% of people may not hate it! Classing this as a recipe is stretching things a bit, it’s so simple & cheap to make.

Marmite porridge can be made with a Trangia Stove or in a billy can or titanium mug over a campfire. It is very much like my traditional Scottish porridge recipe but we swap Marmite in for the salt.

Marmite is a yeast extract, with a somewhat acquired taste. It is made from the left over yeast from making beer.

Marmite is a great source of B vitamins (thiamin, riboflavin, niacin, folic acid and vitamin B12). It is also vegan, so you can easily omit or swap the butter in this recipe for a plant based alternative to make vegan marmite porridge. Porridge oats, of course, are also super healthy in their own right.

It’s quick, hot, nutritious and will keep you going until lunch. It also has the added benefit of making any camping mates you have with you, look at you very oddly indeed.

Give it a try!

Read more of my Trangia recipes or to watch Trangia Camp Cooking Videos.

To make measuring the ingredients easier when camping, you can use a cup to measure the oats and water.  Use roughly twice as much water as oats.
Categories: Camping Recipes, Trangia Recipes, Zebra Billy Can Recipes
Recent Posts
Latest Products
Categories